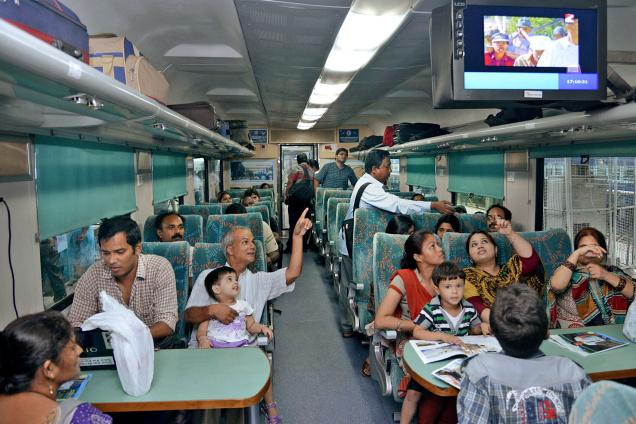 "Indian Railways, a Government-owned enterprise, has been an integral part of life for more than 150 years."

Initiated by the British Government during their reign in India, trains are quite fascinating. Okay, we can actually thank the British for the Railways! In fact, trains are nestled with the life of thousands of people in the country. There is a lot of intriguing you should know about Indian Railways and here you go!

1. Largest Rail Network of the World 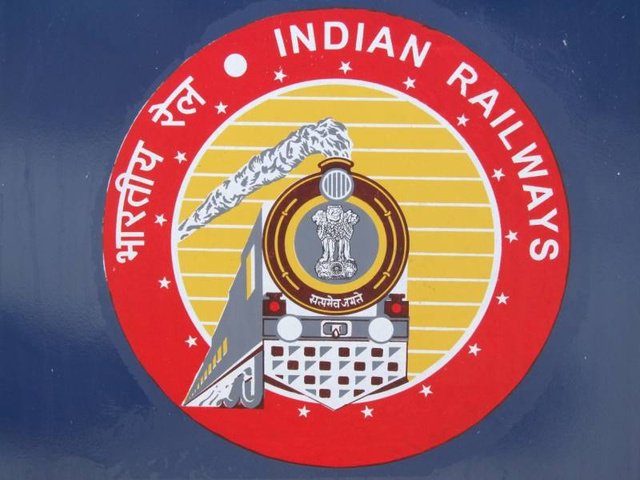 Okay, this may be very popular. Indian Railways is the largest railway network in the world. What makes it more special? It is indeed owned and managed by a single Government. 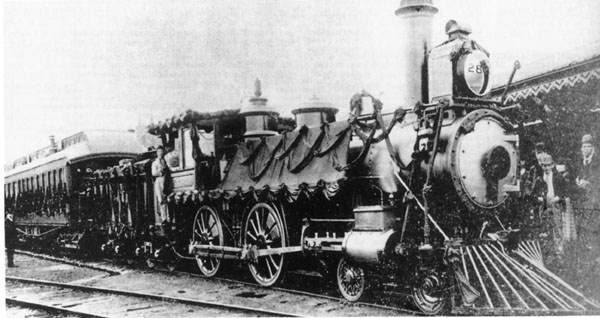 Yes, it is official and the Indian Railways is about to celebrate the 165th birthday. It was launched on 16th April 1853 and that’s a really very long time.

3. The Fastest and Slowest Train of the Indian Railways

The fastest train in India is Shatabdi Express running between New Delhi – Bhopal. The train runs a distance of 704 km at an approximate speed of 90 kilometers ore hours. This is the fully air-conditioned superfast train in India. 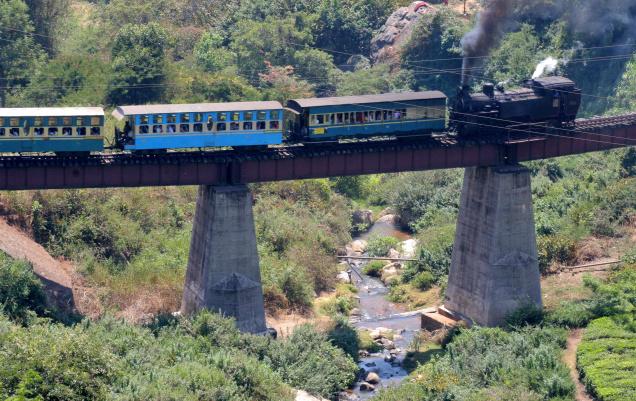 The train runs at a speed of 10 kilometers per hour. You can jump off the train, take a walk, play in the woods (the route encompass the hilly region) and get into the train again. It is a lifetime experience to travel in this passenger! 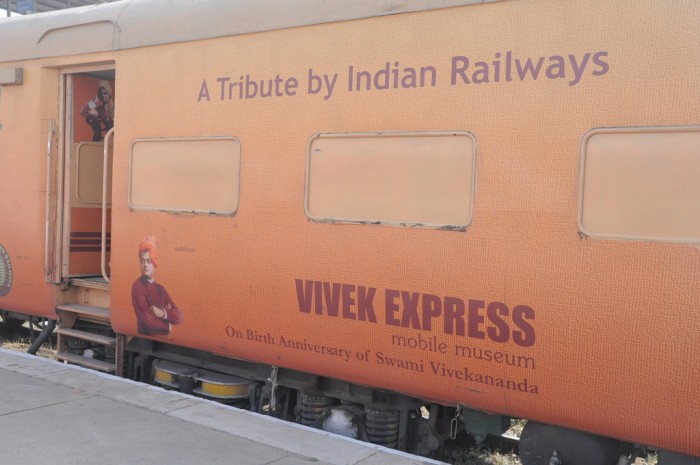 Vivek Express, running from Kanyakumari, the tip of India to Dibrugarh makes the train with the longest run in terms of distance and time. The train travels a distance of 4273 kilometers and it takes about 71 hours (almost 3 days) of travel.

The lesser-known fact about Vivek Express – This train is launched to commemorate the birth of Swami Vivekananda!!!

5. Elephants are the Mascots 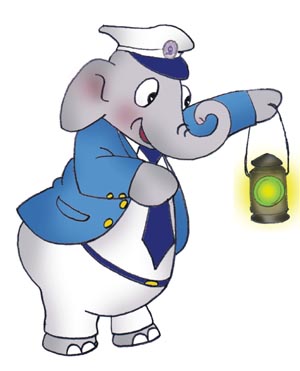 There are a few things that never make you bored! Elephants and trains! Elephants are the mascots of the trains in India. In the older days, elephants were also used to position the cartridges and make sure that the coaches are sealed.

Bholu is the Guard Elephant of the Indian Railways. 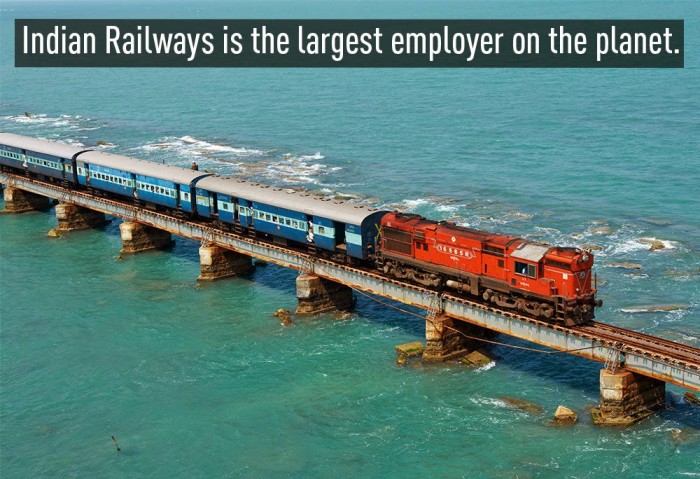 The largest railway network obviously is the world’s largest employer, staffing more than 1.5 million across the country.

7. Loco Pilot is Paid More than a Software Engineer 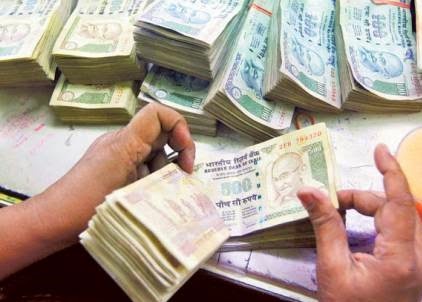 The loco pilots (train drivers) earn more than a high experience software engineer. The average salary of a loco pilot is about 1 lac per month plus additional perks, which is lucrative. This is why Railway jobs are quite fascinating.

8. Tracks can Circle Around the Earth 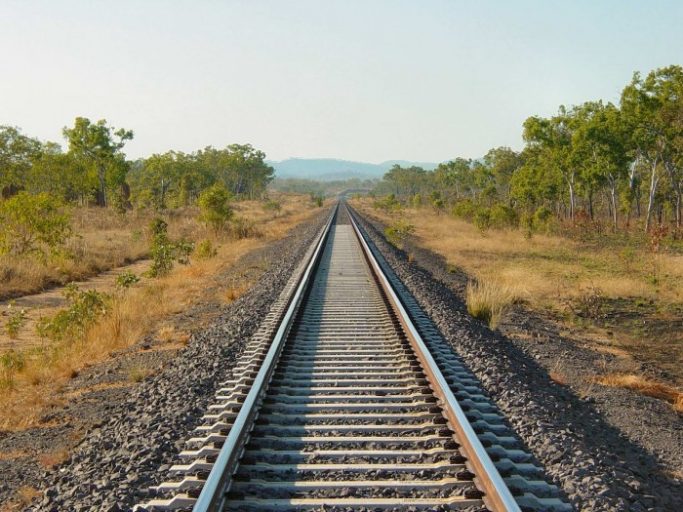 The length of the train tracks laid across India can circle around the earth almost more than 1.5 times. 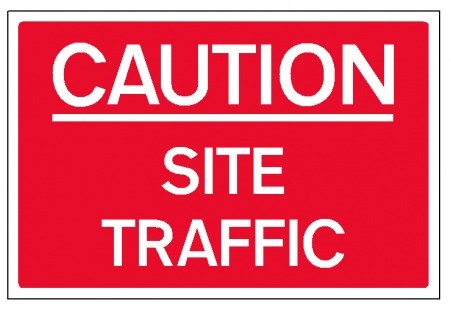 Always, it should be. The online train ticket booking website, irctc.co.in receives the hits and hourly traffic twice more than the traffic received by some websites on a yearly basis. The website receives about 12 million hits a minute. IRCTC is already going into trafficking coma!! Yes, this is some huge traffic. However, the site effortlessly handles 5 million threads in a single time.

IRCTC trolls are never ending, as so the users and the traffic!!!

10. A Station Belongs to Two States!! 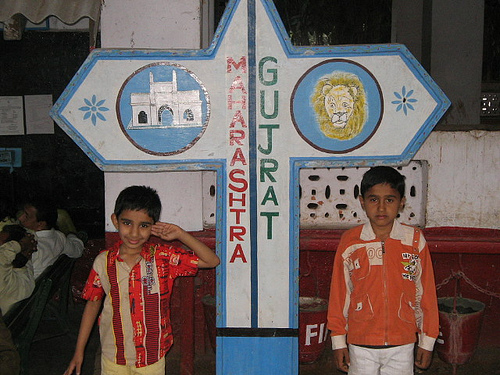 It happens only in India. A station named, ‘Navapur’ is built in a place that it belongs to two states. One half of the state belongs to Maharashtra and the other half belongs to Gujarat! 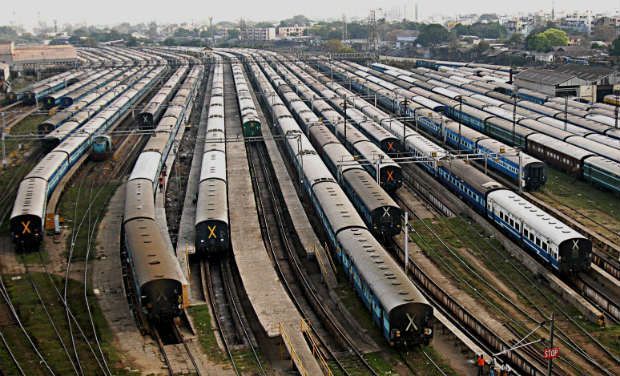 Indian railway network manages to run about 19000 trains a day! Is that easy? It includes express trains, superfast express, passenger trains, suburban trains, and Goods carrier. 12000 passenger trains and 7000 for freight!  It is no JOKE! 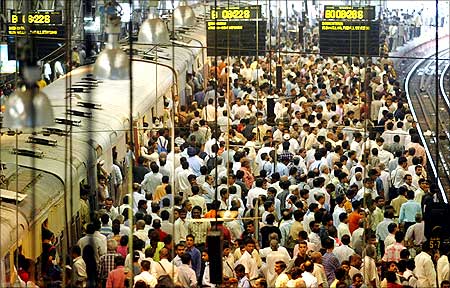 Similar to the number of trains running daily, Indian railways almost help 2.5 crores passengers a day to travel! It is more than the total population of Australia!!! 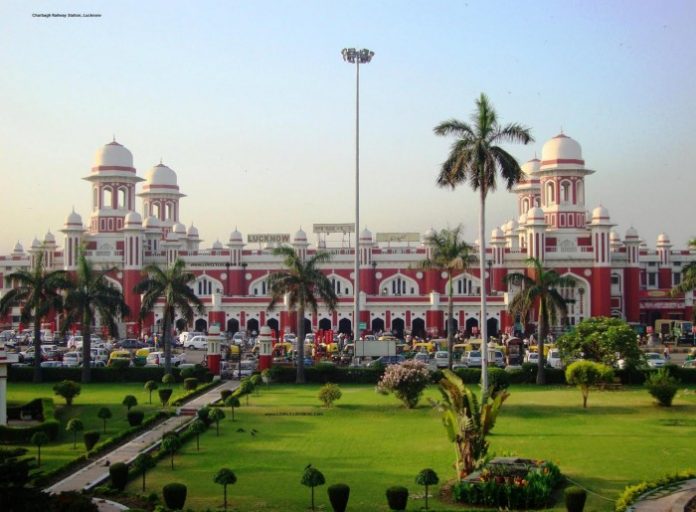 14. A Cheaper and Affordable Transport 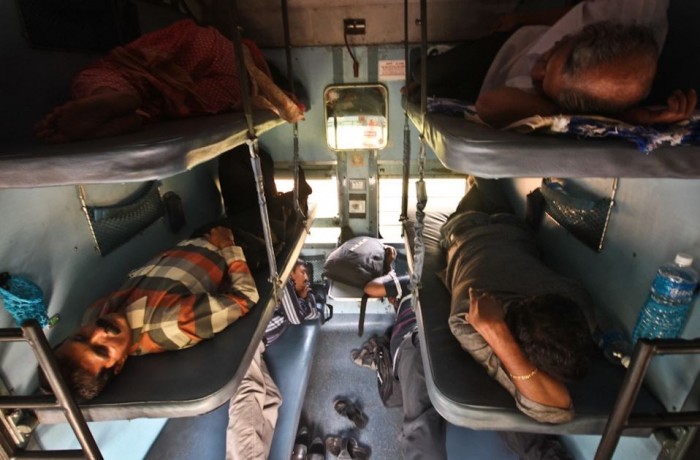 In spite of hikes in the train fares, taking a long train journey in trains remains very cheap and affordable in Indian railways. For example, if you want to travel a distance of about 1500 km, (Delhi to Kolkatta), it costs just INR 250. If you want to travel the same distance in Europe, on budget trains, it would cost ten times more. 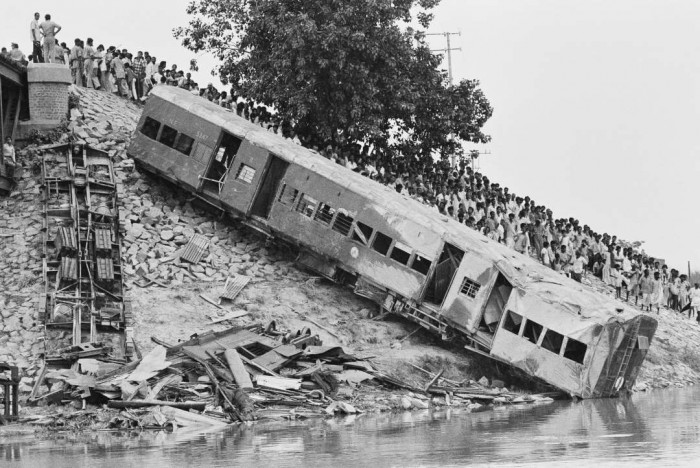 While there are many fascinating facts about Indian Railways, it also has some dark pages not to be seen. The worst train disaster happened in the year 1981. The Bihar train carrying about 800 passengers wrecked into the Bhagmathi river while crossing the bridge. Hundreds of bodies were missing and understood that they were washed away. It is the worst disaster of the Indian Railways.

16. When was the Train Toilets Introduced? 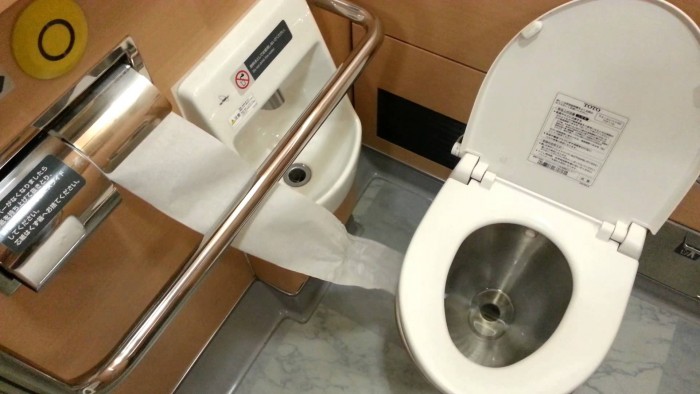 Train toilets were introduced only after 50 years of launching the railway network. Initially, it was launched only in the first-class coaches. 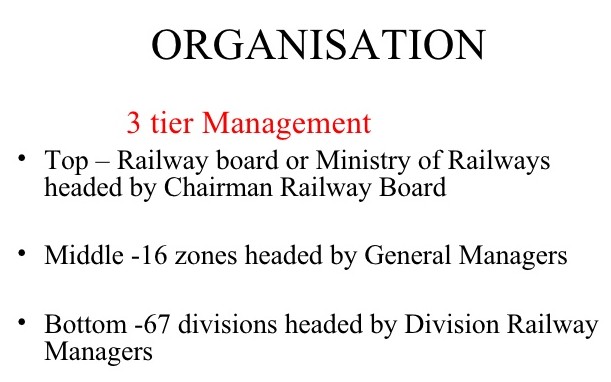 The entire network of Indian Railways is divided into 16 zones! 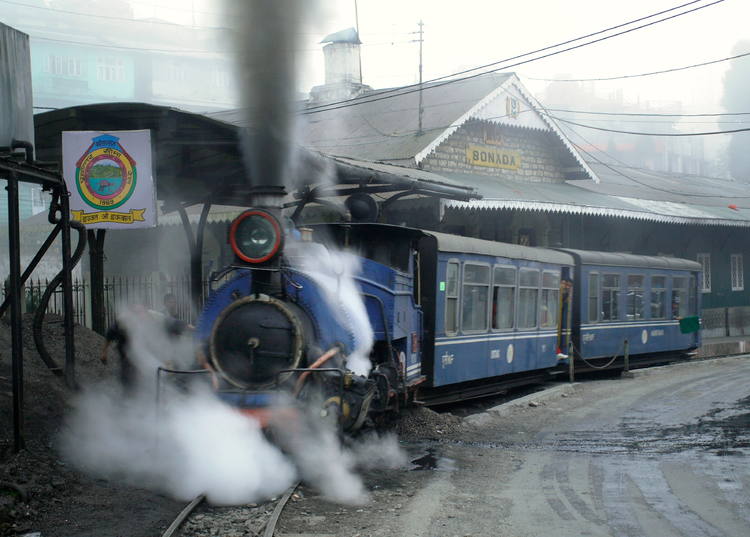 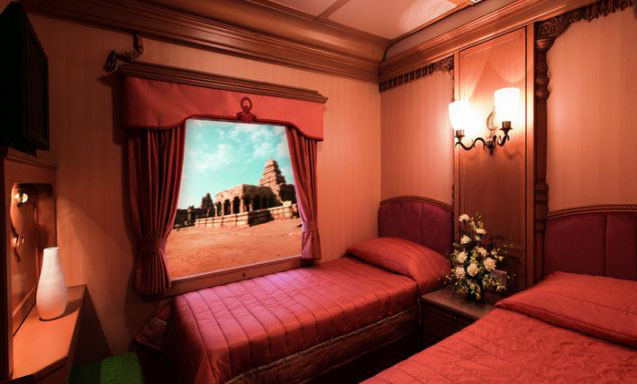 In order to promote Indian tourism, culture, and heritage of the country, Indian Railways tied with various organizations and launched several luxury trains.

20. A Tribute to the Hundreds of Guards 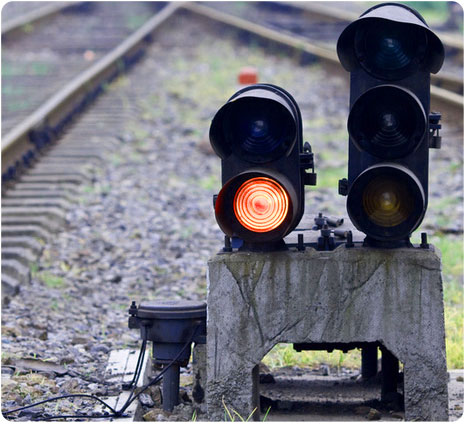 We enjoy the state of the art facilities extended by the Indian Railway network. Before the introduction of Automatic Point System, hundreds and thousands of guards lost their fingers and hands while trying to fix the signals manually. Every time a passenger makes a complaint, probably, a guard has lost the finger or hand, for us. That’s hard, isn’t it?

And one more! Although loco pilots earn hefty, not even a single loco pilot left any train wreck regardless of the damage. Even if they are about to face the certainty of death in case of any derailment, none of them so far abandoned the train!!!

Jump to: Hide
I) 1. Largest Rail Network of the World
II) 2. It is 164 Years Old
III) 3. The Fastest and Slowest Train of the Indian Railways
IV) 4. Longest Run – Vivek Express
V) 5. Elephants are the Mascots
VI) 6. Indian Railways – The World’s Largest Employer
VII) 7. Loco Pilot is Paid More than a Software Engineer
VIII) 8. Tracks can Circle Around the Earth
IX) 9. The Website is Jam-Packed with Huge Traffic
X) 10. A Station Belongs to Two States!!
XI) 11. 19000 Trains a Day is Not a Joke!
XII) 12. 5 Crore Passengers
XIII) 13. Busiest Station Delhi? No...
XIV) 14. A Cheaper and Affordable Transport
XV) 15. Worst Disaster of the Indian Railway Network
XVI) 16. When was the Train Toilets Introduced?
XVII) 17. Divided into 16 Zones!
XVIII) 18. Indian Railway Sites are UNESCO WORLD Heritage Sites
XIX) 19. Luxury Heritage Trains
XX) 20. A Tribute to the Hundreds of Guards

Consider For Auto Upgradation in IRCTC ?

ABOUT US
Newspaper is your news, entertainment, music fashion website. We provide you with the latest breaking news and videos straight from the entertainment industry.
Contact us: contact@yoursite.com
FOLLOW US
© Custom Theme by mastBus Pvt LTD
MORE STORIES

How Many Days Before Tatkal Ticket Can Be Booked ?