IRCTC Cancellation Charges, Train railway ticket cancellation charges, and subsequent refunds on the cancelled tickets are major factors that most travellers should know. 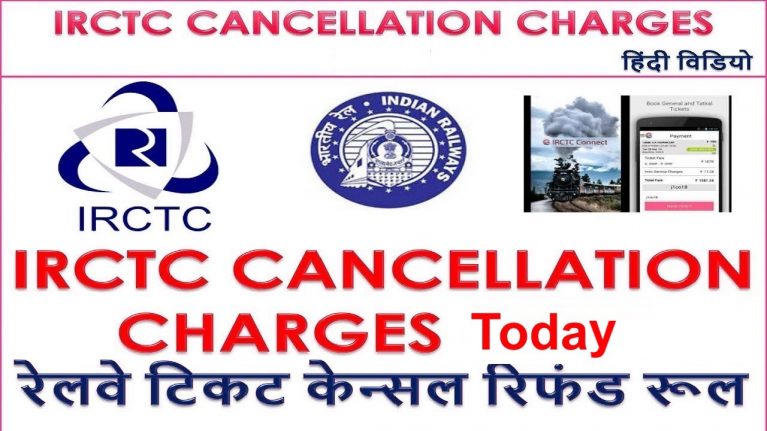 Whether you book your ticket through the IRCTC website or any travel site, the cancellation charges for the train tickets remain the same. 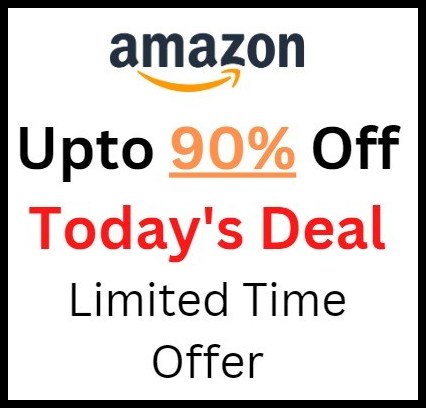 As announced by Indian Railway recently, IRCTC Cancellation Charges for Confirmed Ticket, If a confirmed ticket is cancelled before more than 48 hrs. of the scheduled departure of the train, flat cancellation charges will be deducted as: 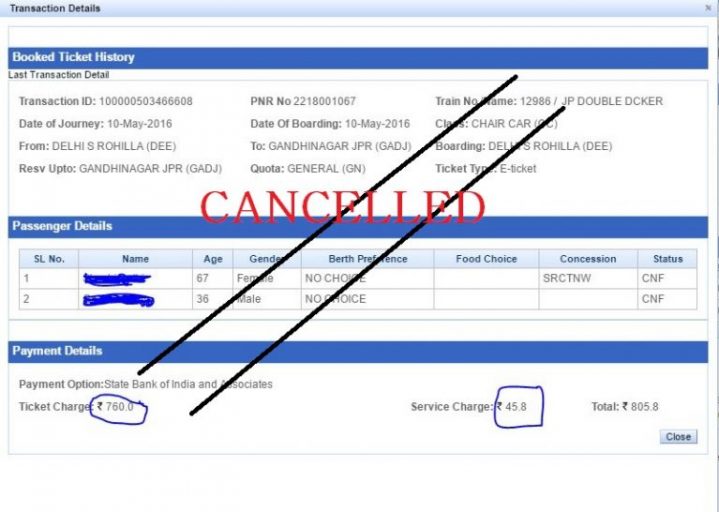 Train railway ticket cancellation charges per passenger for the tickets that are cancelled a day i.e 24 hours or more in advance of the date of the journey. For instance, if you have booked the tickets for 6th June 2022, (train departure time 8 am) then the following charges are deducted if you cancel the ticket on or before 5th June before 8 am.

What is the Clerk age Charge and When is it Levied (Charged)?

Clerkage charges for waitlisted tickets are levied for the clerical work rendered in the refund of fares on cancellation of unreserved, waitlisted & RAC tickets. The amount of clerk age charge is Rs.65/- per passenger for all classes.

Can Tatkal Ticket be Cancelled?

Yes but no amount is refunded when you cancel the confirmed Tatkal tickets! It means the total amount you paid to book the tatkal is treated as cancellation charges of e-tickets, for confirmed tatkal tickets.

For waitlisted and RAC tickets, the below-mentioned standard rate of IRCTC cancellation charges is applied. 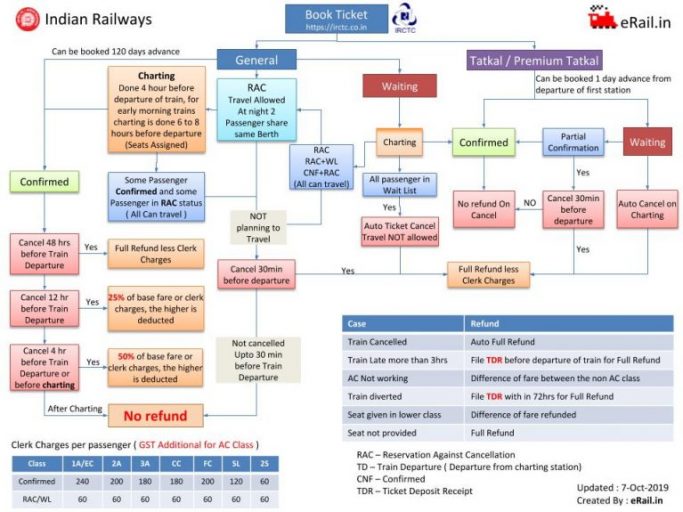 tatkal cancellation charges are based on a percentage of fare e. I 10% of the basic fare for second class and 30% of basic fare for all other classes subject to minimum and maximum: 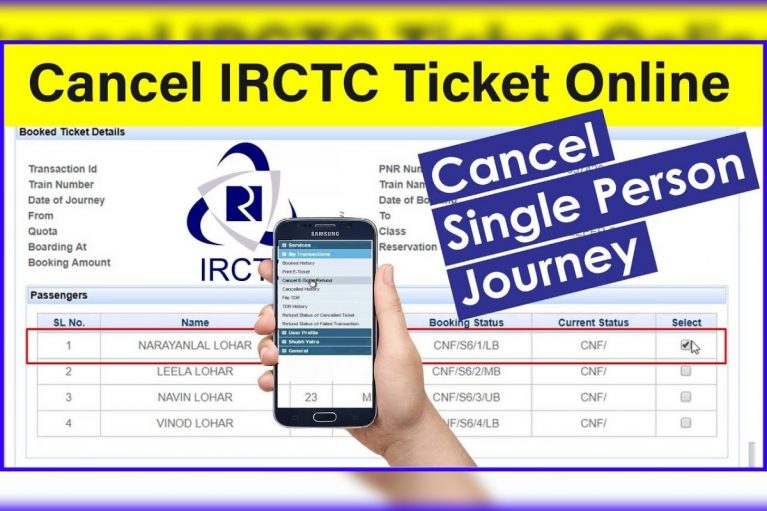 My tickets cannot be cancelled online, although the tickets were booked online. If you need to cancel an I-ticket you should visit a Computerized Reservation Center printed copy of the ticket.

After deducting the cancellation charges, the amount will be transferred to the respective credit card or bank account from which the payment is made to book the tickets. A cash refund is not made to the customer at the reservation centre.

1. Can I get a refund of the service charges levied while booking the tickets?

The refund amount doesn’t include IRCTC service charges for booking railway tickets, additional bank charges are levied by Banks and the Payment Gateway. If you have booked your tickets through a third-party website, there could be some additional service charges debited as charged by the respective website.

For instance, third-party websites would charge you Rs. 20 per ticket in addition to IRCTC service charges. This amount will not be refunded to your account. Besides, since you booked through a third-party website, additional charges will be levied.

2. I cancelled my WL tatkal ticket. Will I get the refund of the tatkal charges along with the refund amount?

3. My ticket is upgraded from 3rd AC to 2nd AC. If I cancel it, how much will be deducted as IRCTC cancellation charges?

Cancellation charges for railway tickets vary based on the class of the tickets booked and not on the upgraded class. Even if your class is upgraded, the IRCTC cancellation charges per passenger for the 3rd AC ticket are Rs. 180.

4. Can RAC ticket be cancelled?

Yes. Tickets purchased through RAC are considered confirmed tickets and can be cancelled if you do not want to use them. Using a RAC ticket will be uncomfortable if your trip is long because you will only get one half of the bottom side seat, with the other half going to another passenger.

5. I did not cancel my RAC ticket and not traveled also. What will be the cancellation charges and can I get a refund?